There are a lot of RL packages out there, tensorforce, rllab, openai-lab, baselines, and the list goes on. It’s hard to know however, how any of those implementations stack up to published state-of-the-art results. There are several reasons, some are:

I’ve been building yarlp for educational purposes, and I wanted to make sure my implementations matched baselines. OpenAI seems to have created something akin to tensorflow models in terms of reproducibility for RL, so a natural step was to benchmark against OpenAI baselines. Nevertheless, I found it quite difficult to match their results because of:

Here are my results on Mujoco1M after painstakingly hashing out minor differences in OpenAI’s implementation of TRPO compared to mine. I averaged over 5 random seeds using this script in baselines, and using the run_benchmark cli script in yarlp, which run all environments in parallel. The results match, but clearly even 5 random seeds is not enough (we plot the 95th percentile CI).

To demonstrate some of the difficulty in reproducibility, here is the same exact algorithm averaged over 2 randomly chosen sets of 3 random seeds on Swimmer-v1 (similar to Figure 10 in Henderson et al):

And this is what happens when I use a value function implementation from rllab compared to the one used in OpenAI baselines on Swimmer-v1 averaged over 3 random seeds: 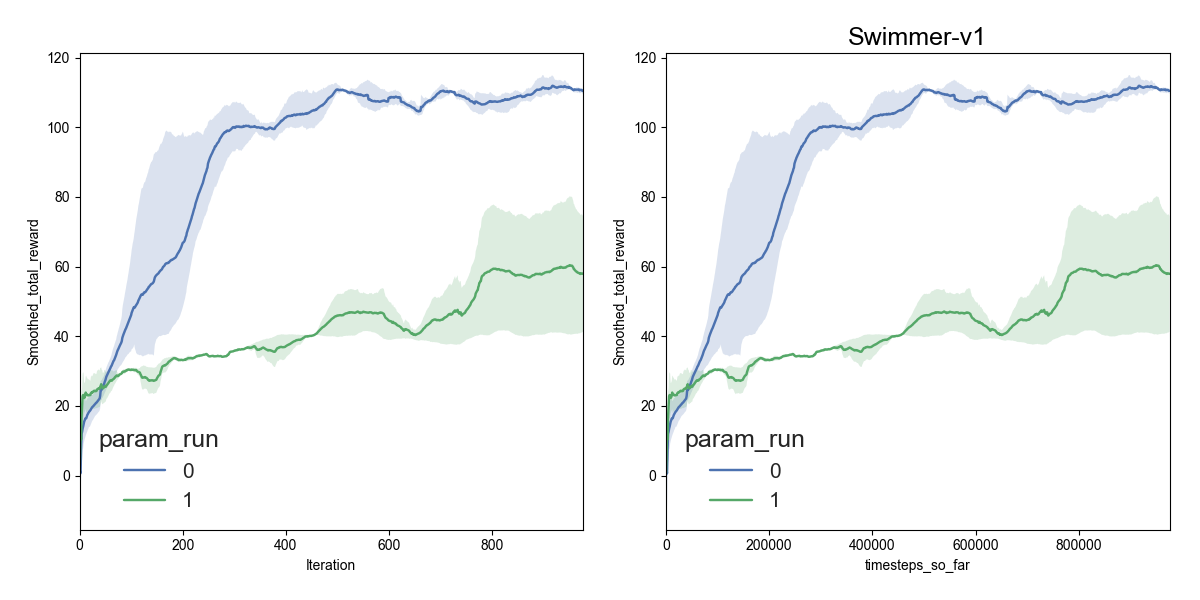 And this is what happens when observations are not normalized on the Mujoco1M benchmark (Walker2d and HalfCheetah perform noticeably worse):

One can easily produce these kinds of results for other environments, as seen in Henderson et al.

RL is fun, but it’s a bit concerning how unstable these algorithms and environments can be.